I recently went to a Star Trek convention down the street (with ubiquitous time traveling Steam Punk): 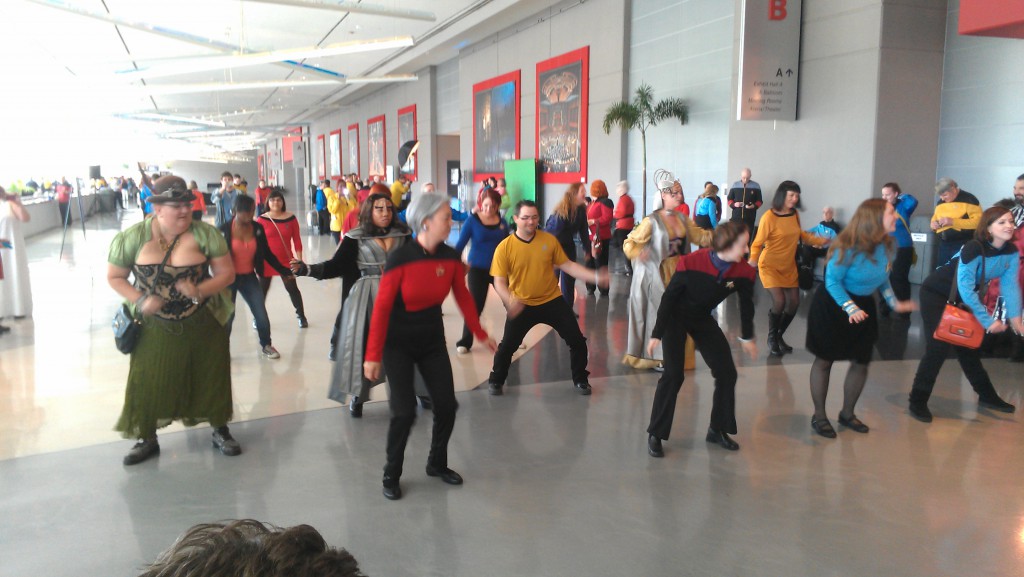 It was pretty much a big advertisement for the Texas Lottery, targeting people who have aspergers AND are bad at math, so I’m not sure who they think their audience is. But they sponsored a chance for people to dress in Star Trek costumes, so you can’t really blame them too much.

The plan was to make a world record for number of people in costume in one place. It was not beat, but William Shatner did break the record for shortest celebrity appearance, so it goes.

And dancing did ensue: 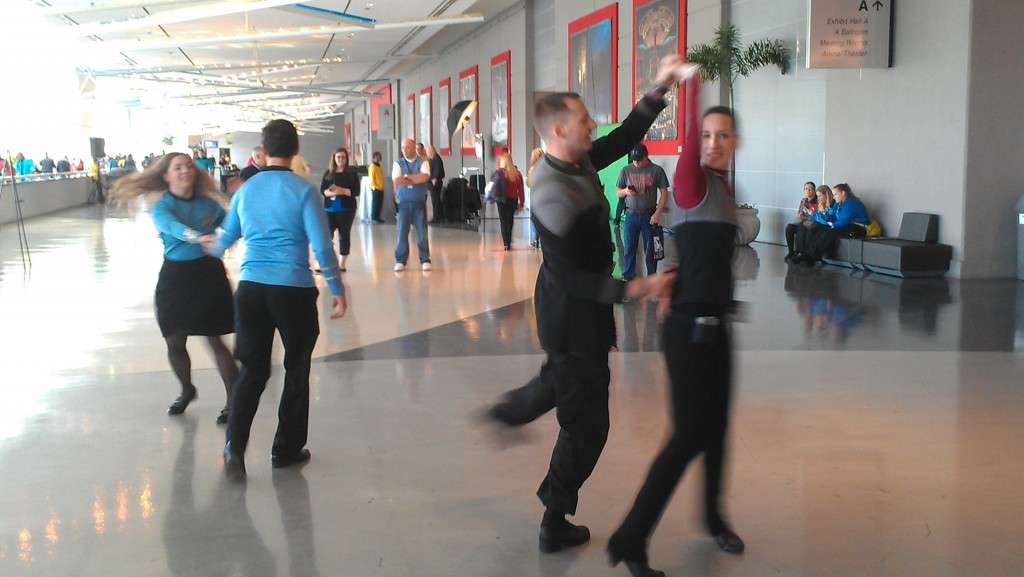 All of my pictures of the event are either lousy or pretty much lousy because the enormous wall of windows made it impossible to focus.

Then we walked around the corner and discovered some incredibly elaborate floor art: 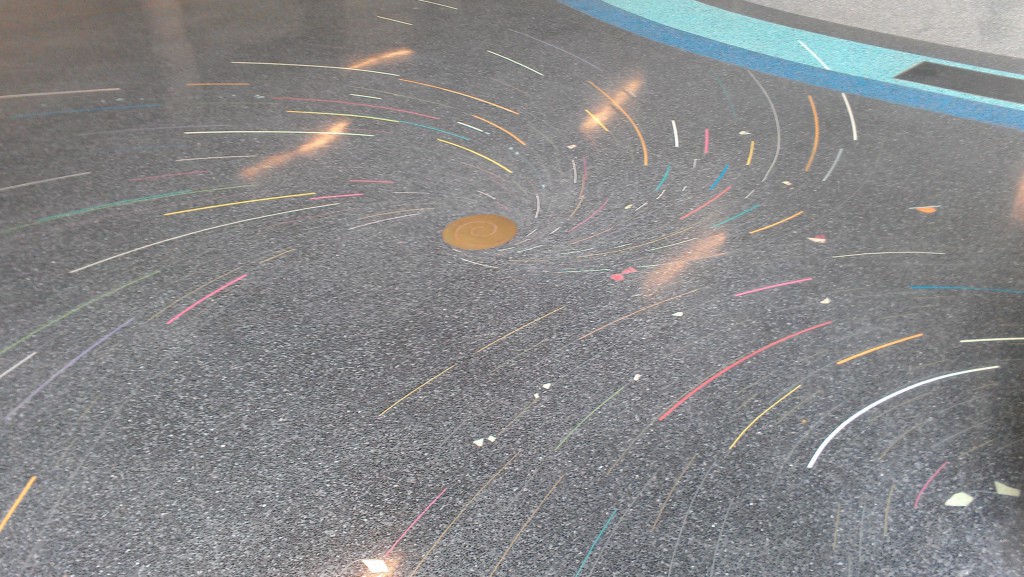 Upon closer inspection, there are all sorts of tiny metal strips and various colors intricately worked in: 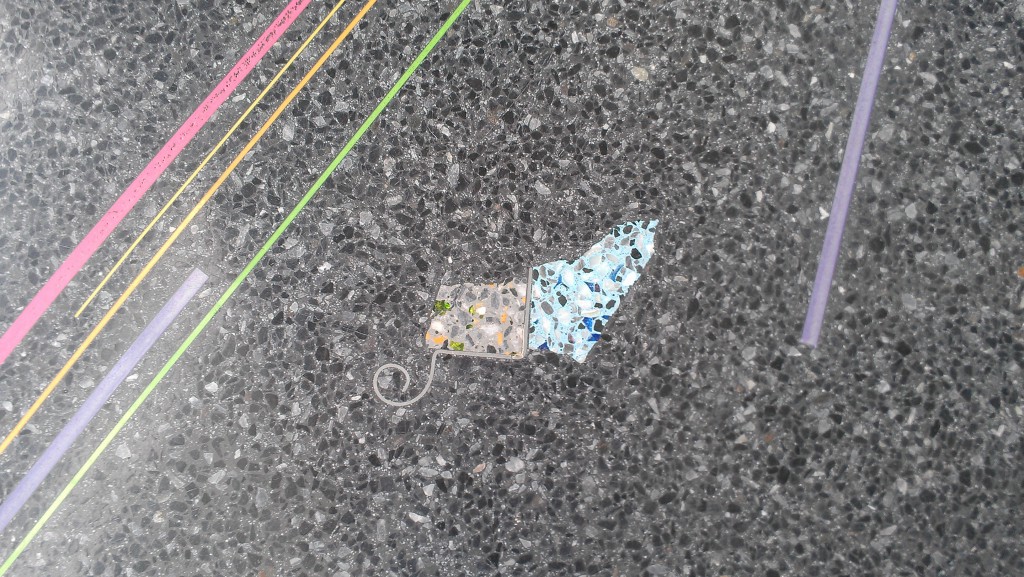 These little, seemingly random thingies are spread out at various increasing distances as they get farther away from the above-pictured spiral, even tucked away in corners and behind things. 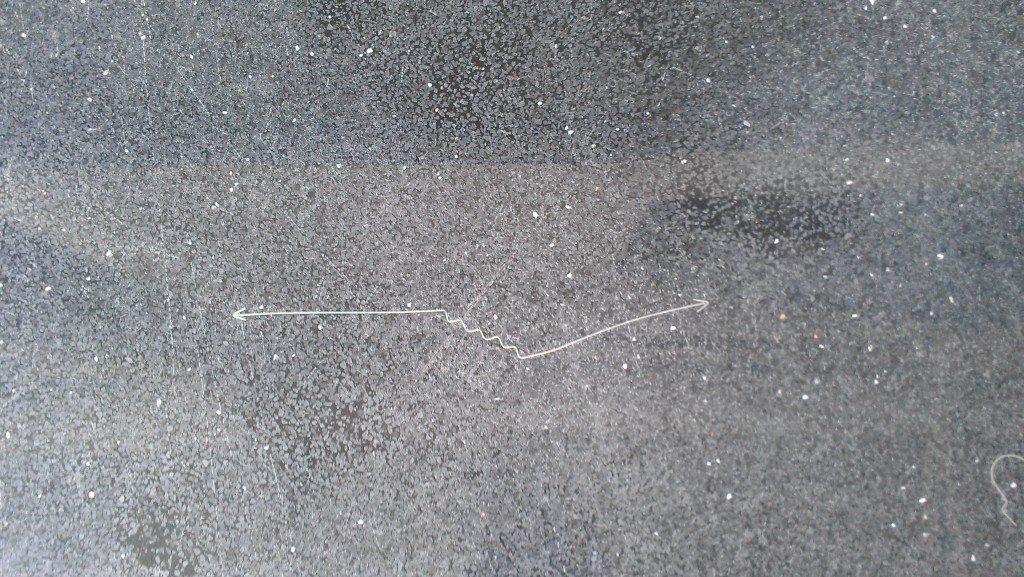 Some of them of identifiable objects: 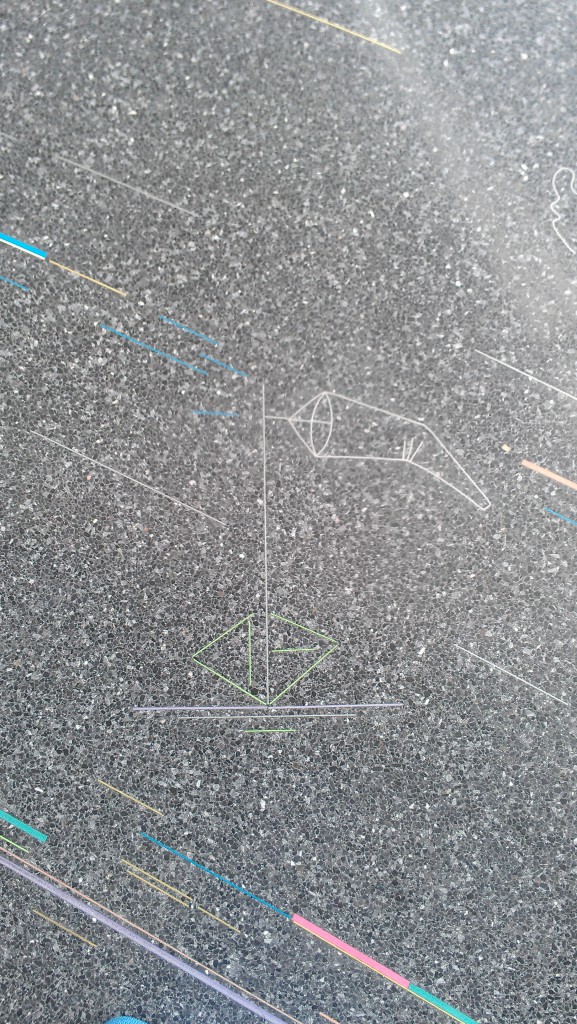 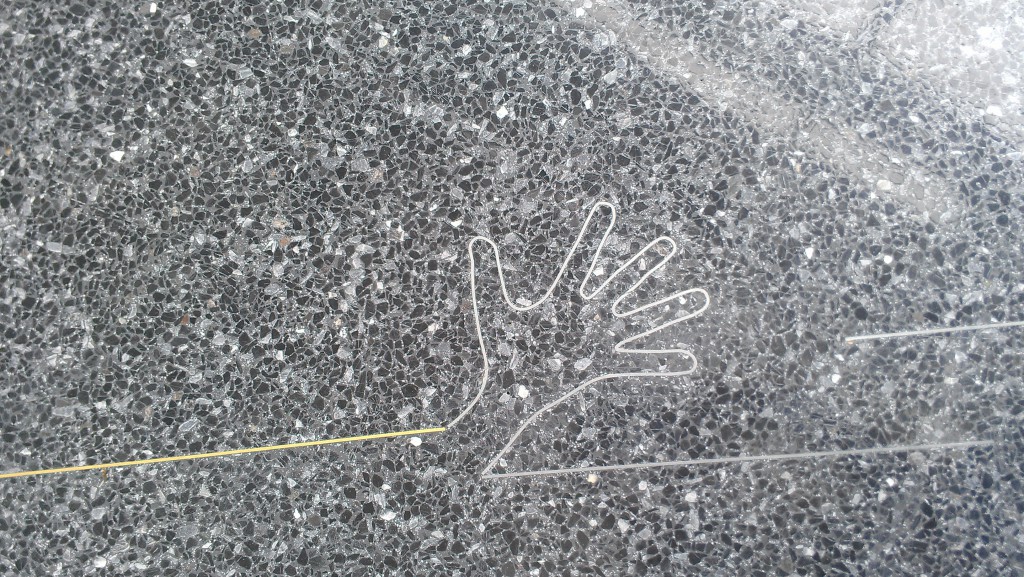 We found what appeared to be a key, but could not decipher it: 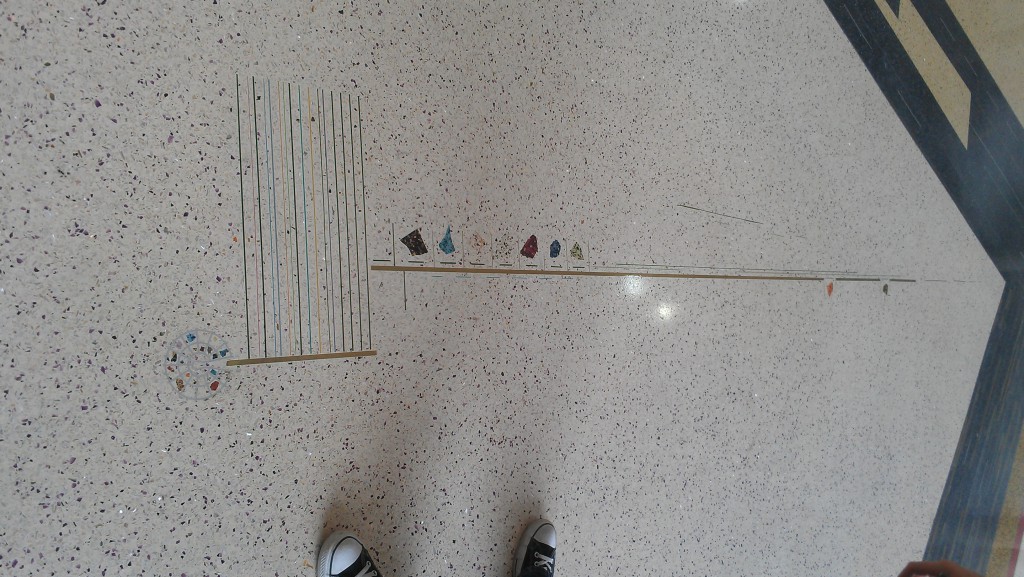 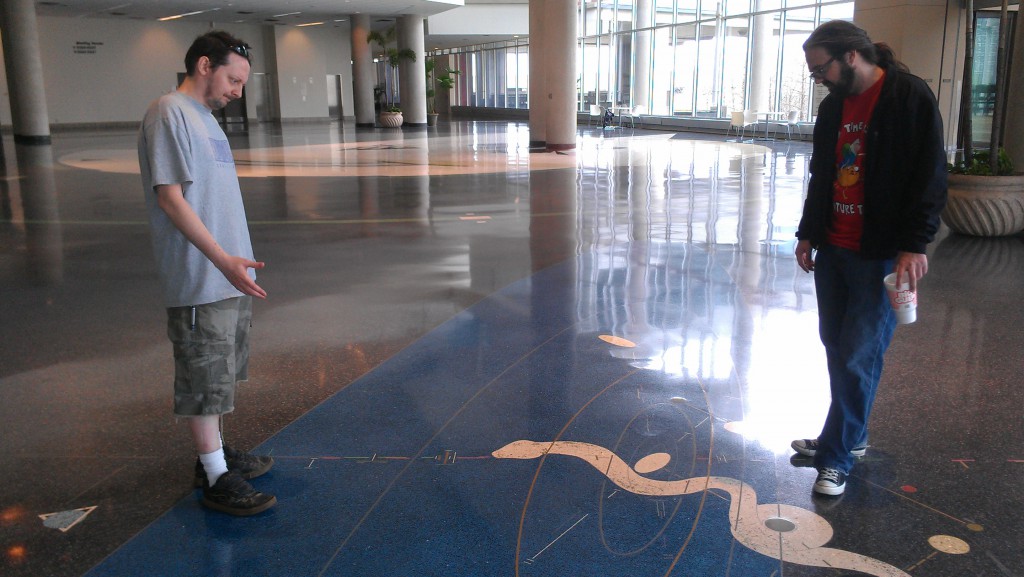 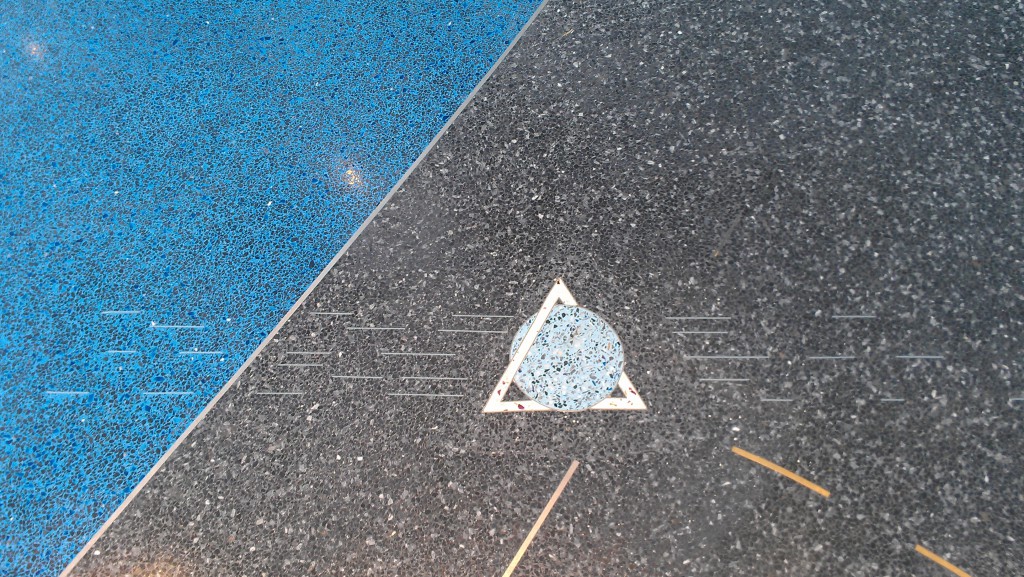 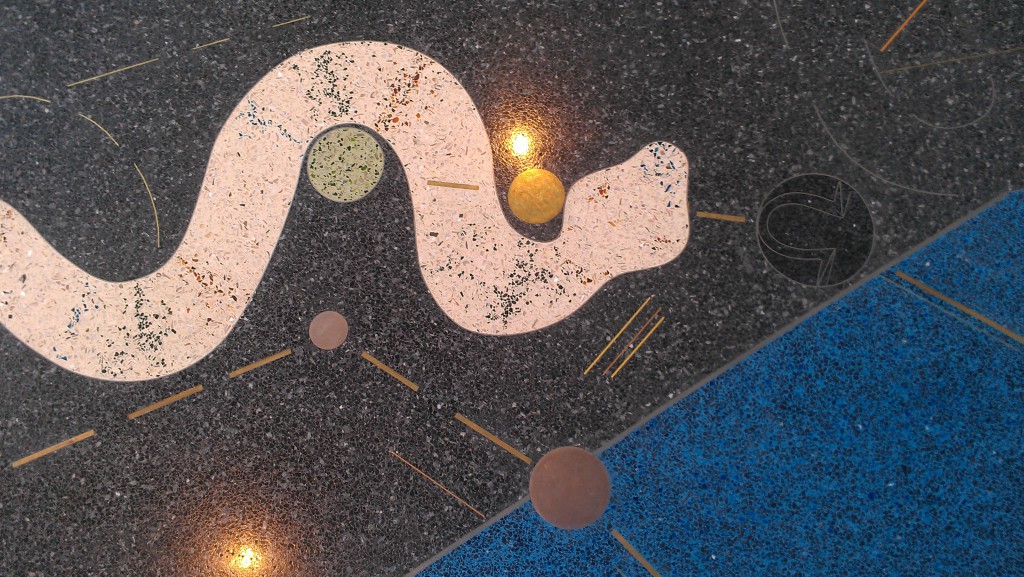 This one has a device installed in the ceiling whose sole purpose is to keep a red laser dot on the eye of the snake, and to shift it slightly:

Also, it has the dotted line of a horse head around it. 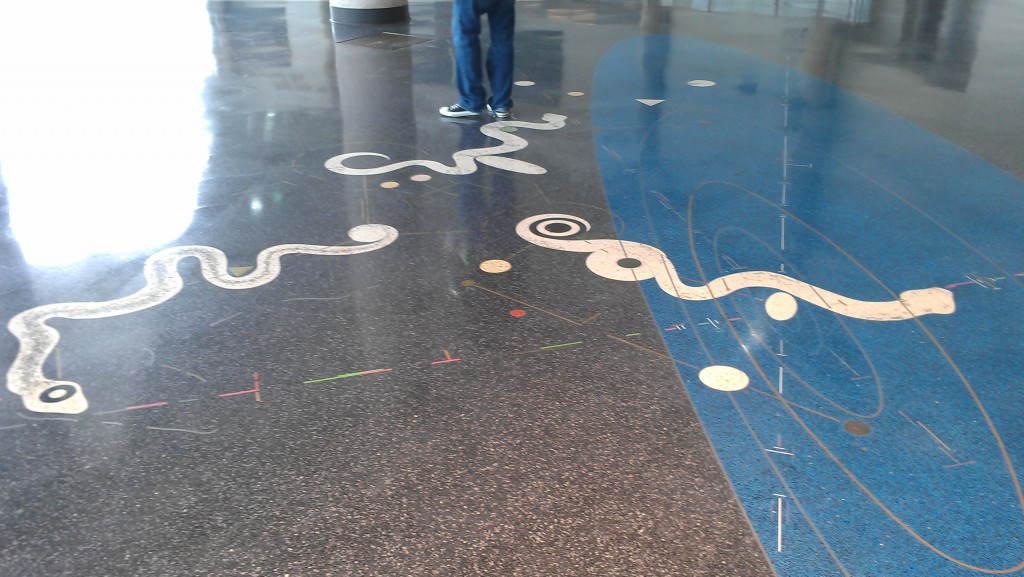 The planets were also highly detailed: 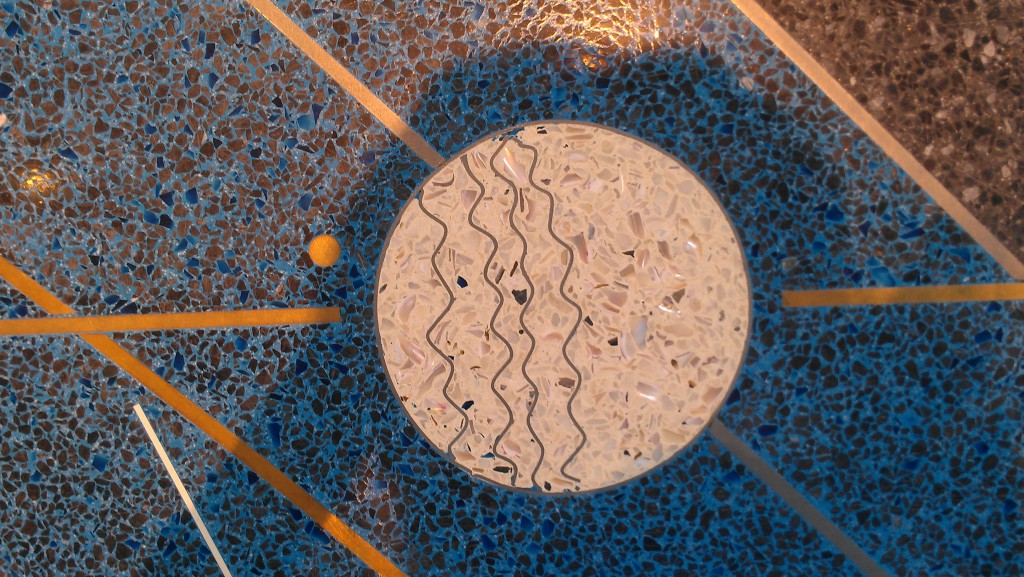 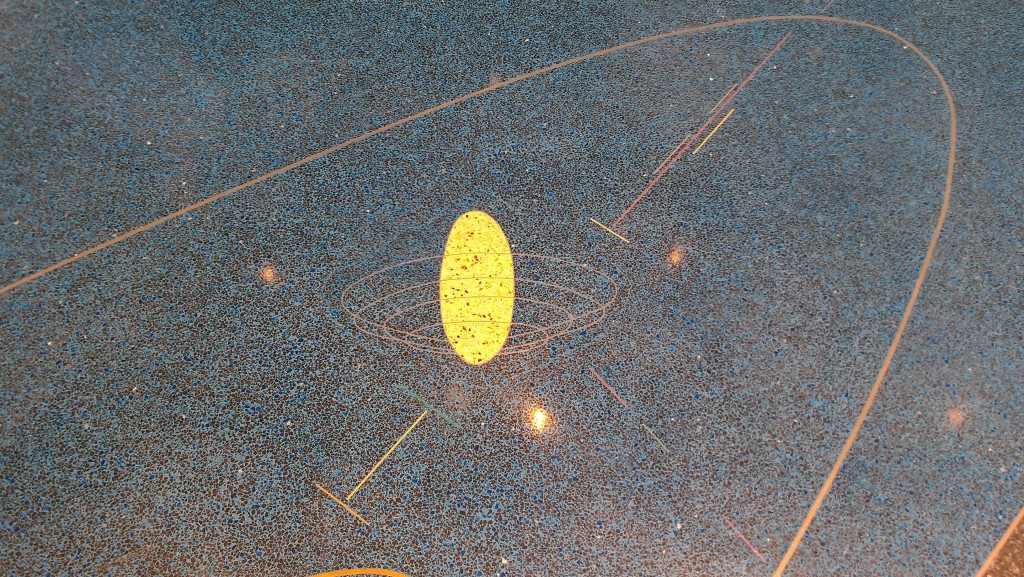 There was geometry everywhere, some of it more obvious than in other places: 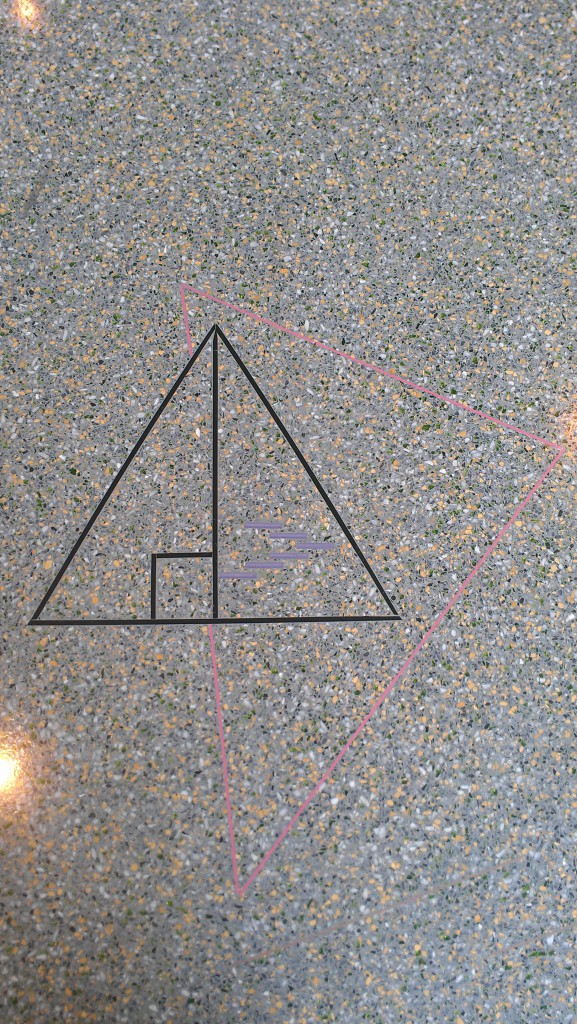 Looking it up later online, we were able to verify the year this stuff was done, but no further information about it: 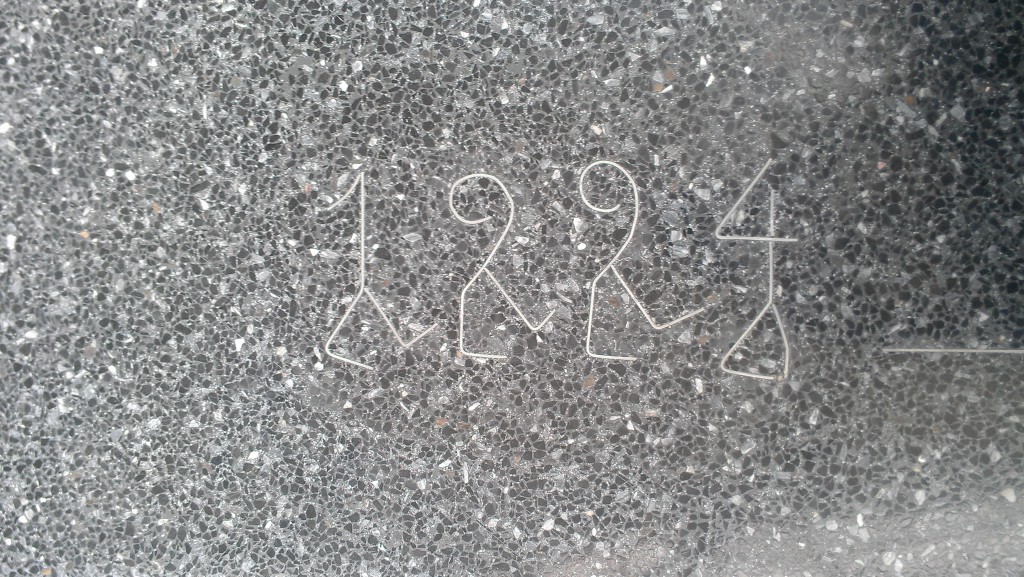 There was a bird pulling a worm through a wormhole: 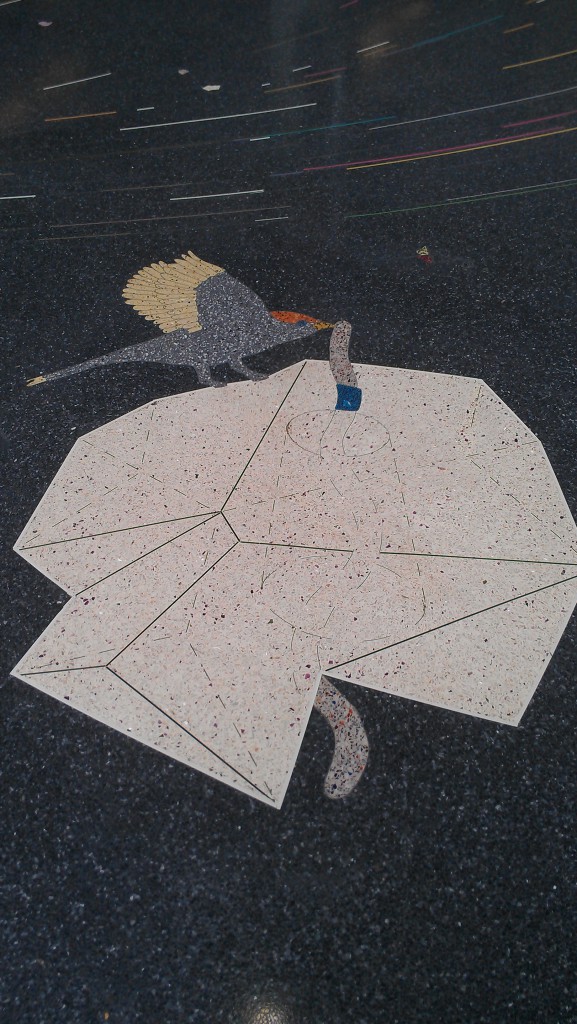 And a giant mosquito: 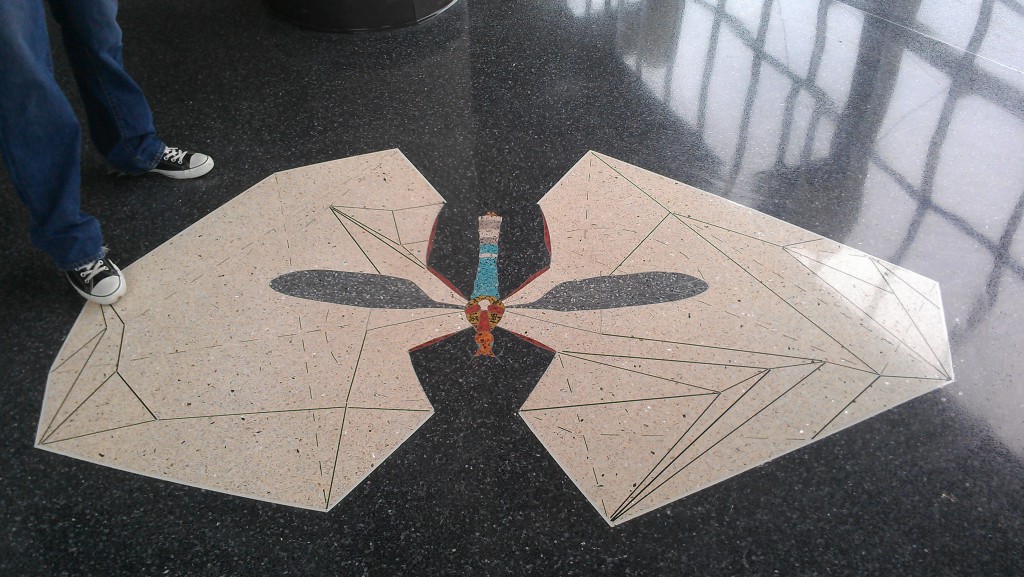 Plus the best police badge ever: 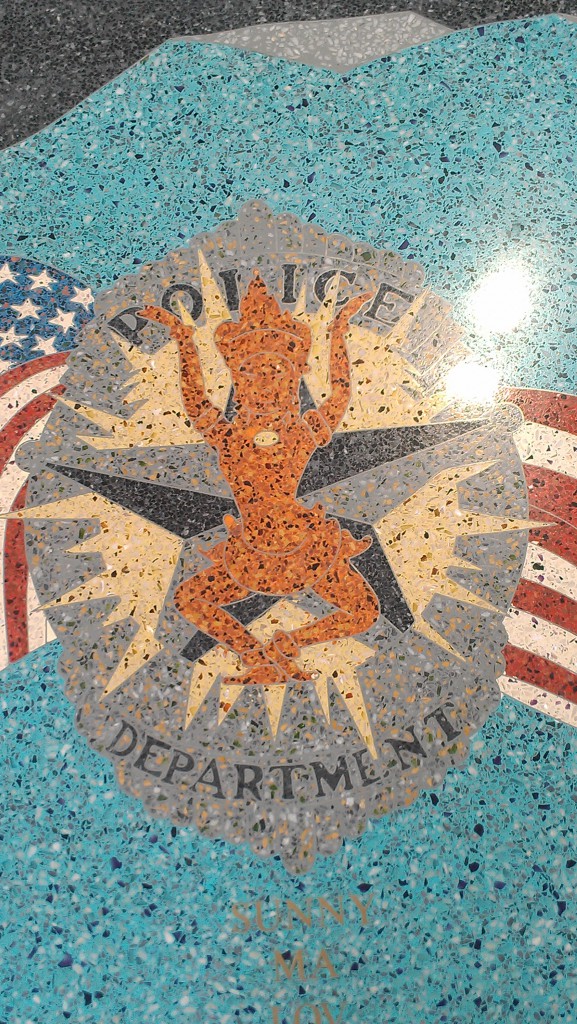 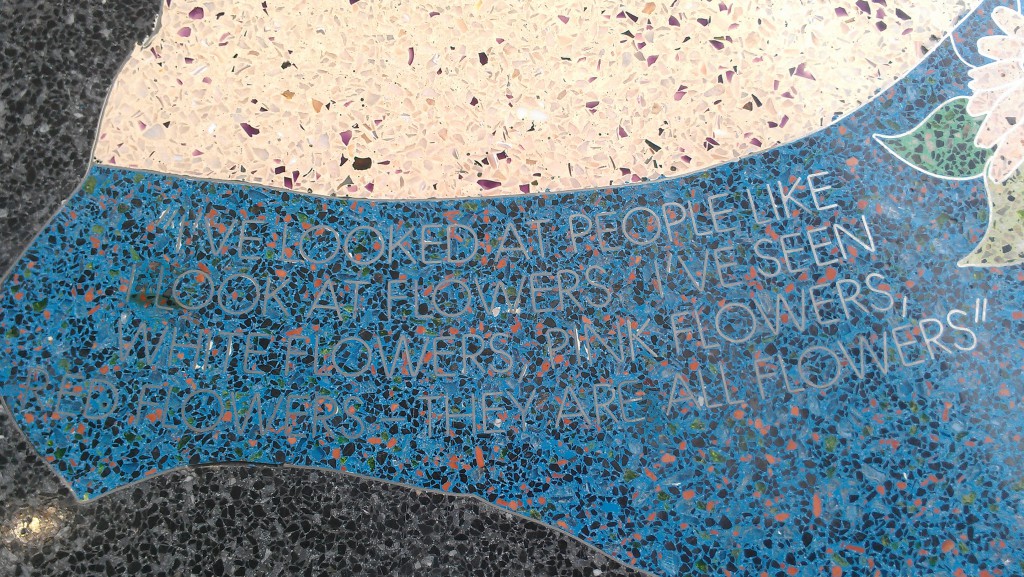 And some other stuff: 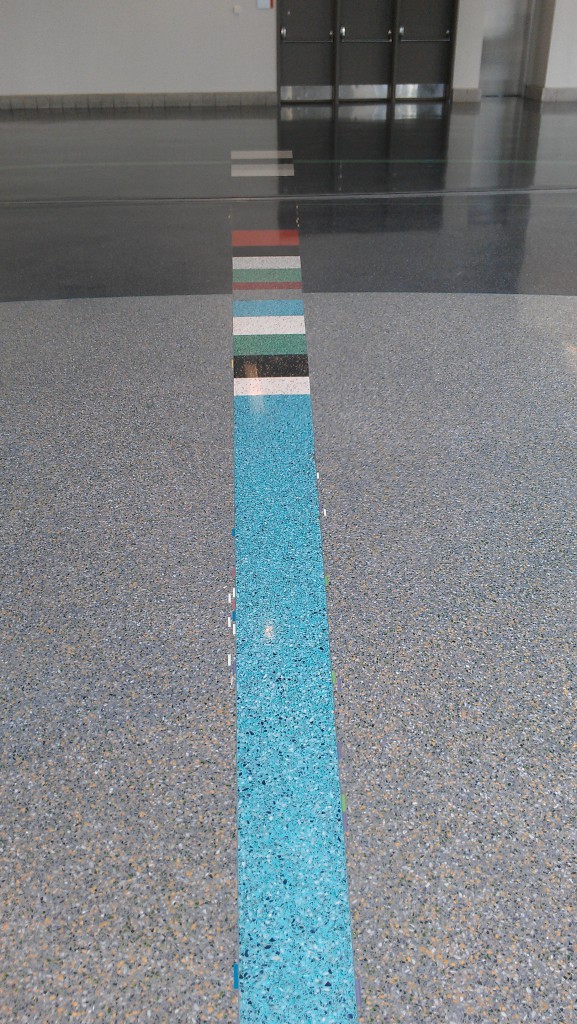 I tried doing various image searches, but Google was no help: 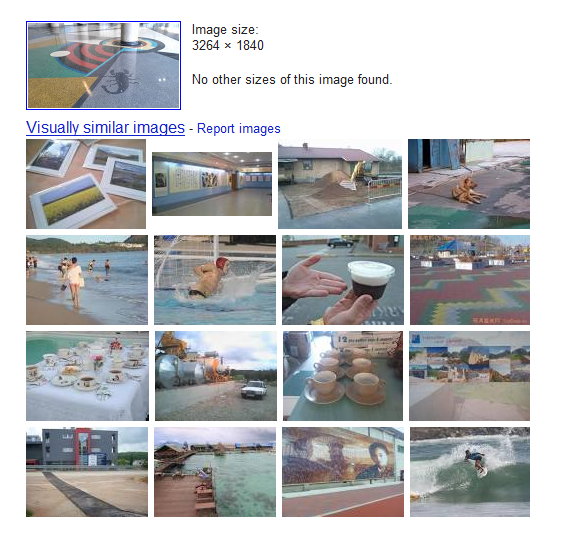 Yes, thank you Google, this is very similar to a scorpion constellation built into a floor: 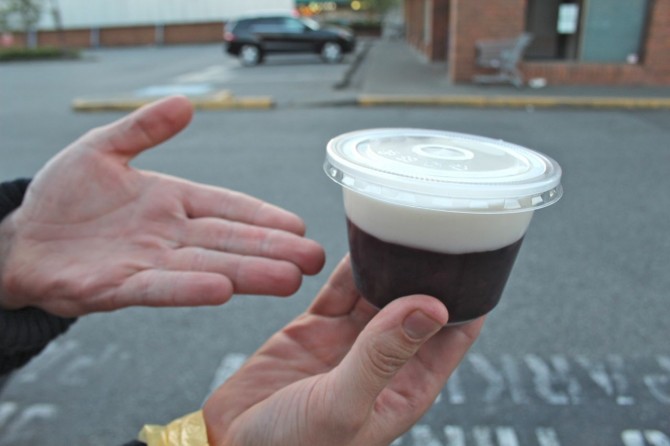 Our AI has not yet caught up to Max Headroom.