Next round of velcro-on-Cartier-panels. This set is 330+ panels, so the new machine is pretty much broken in as far as sewing through glue.

I’ve been thinking about a name for the machine: perhaps a superhero, to go along with Jonah Hex, my serger. I considered The Flash, but I don’t think it would be readily clear that I’m referring to Wally, who dresses in red and wears a lightning bolt, rather than just something that is fast, without having to stop and explain to everyone:

Me: This sewing machine is called The Flash.

Other Person: Oh, because it’s fast.

Me: No, because it’s super. 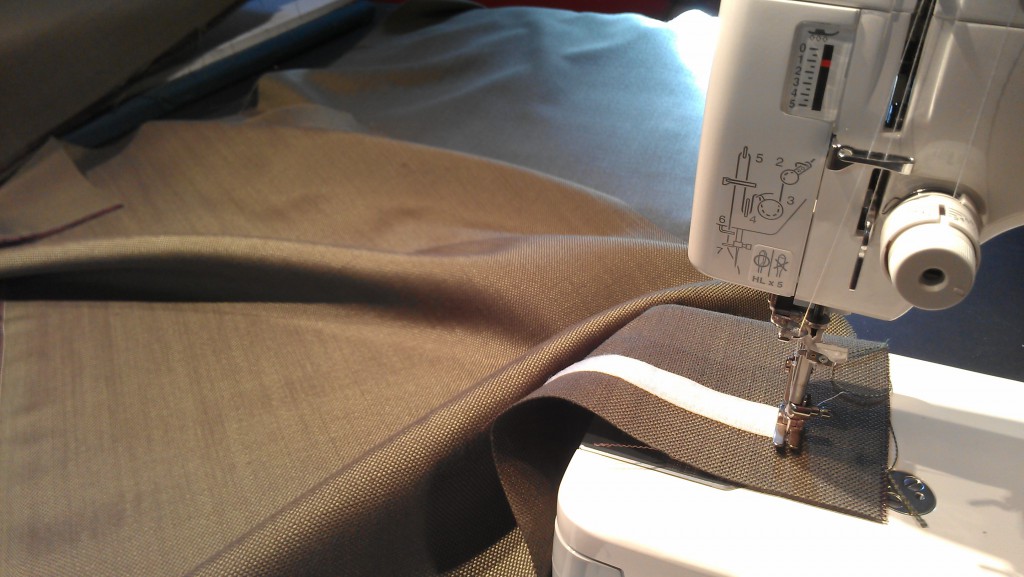 I’m not sure that any other fast superhero has any clearer a name in regards to sewing machine nomenclature, so then I thought about naming it after the fact that it only does one thing, but it does it really well.

The Atom? But he’s also smart, and I don’t know how bright this machine is, after all. Elastic Man? That’s a big misleading.

The Green Lantern is definitely the one-trick pony of the Justice League; magic ring, and all he ever manages to imagine with it is a giant fist. I suppose he can also cut things when necessary, and that he can change his foot pressure.

If anyone confuses the name Green Lantern–

Other Person: Oh, like a decorative green lantern I would put in a yard or buy at Hobby Lobby in the perpetually half-off glass section?

–that’s their own fault, and I’m not explaining it. Though perhaps I should ask Larry what he thinks of the name before I christen it with a bottle of machine oil, as it is his sewing machine after all.

Wonder Woman is not amused. (Actually, this isn’t the Green Lantern I picture in my head, but I couldn’t find any handy shots of Jon Stewart making a fist, for some reason.)

Anyway, back to how Green Lantern handled the glue. Pretty well; the needle continues to not be particularly gummy. The bobbin case is only marginally sticky and it catches a very moderate amount of fuzz. The thread has a periodic tendency to break, and there seems to be some sort of intermittent issue with the tension, but complaining about that after getting 250 strips of sticky-back velcro into this project is pretty much complaining that my sewing machine isn’t magical. And now I’ve created this horrible meme that will live forever on the internet.