How to Measure a Man’s Hips at the Widest Part: 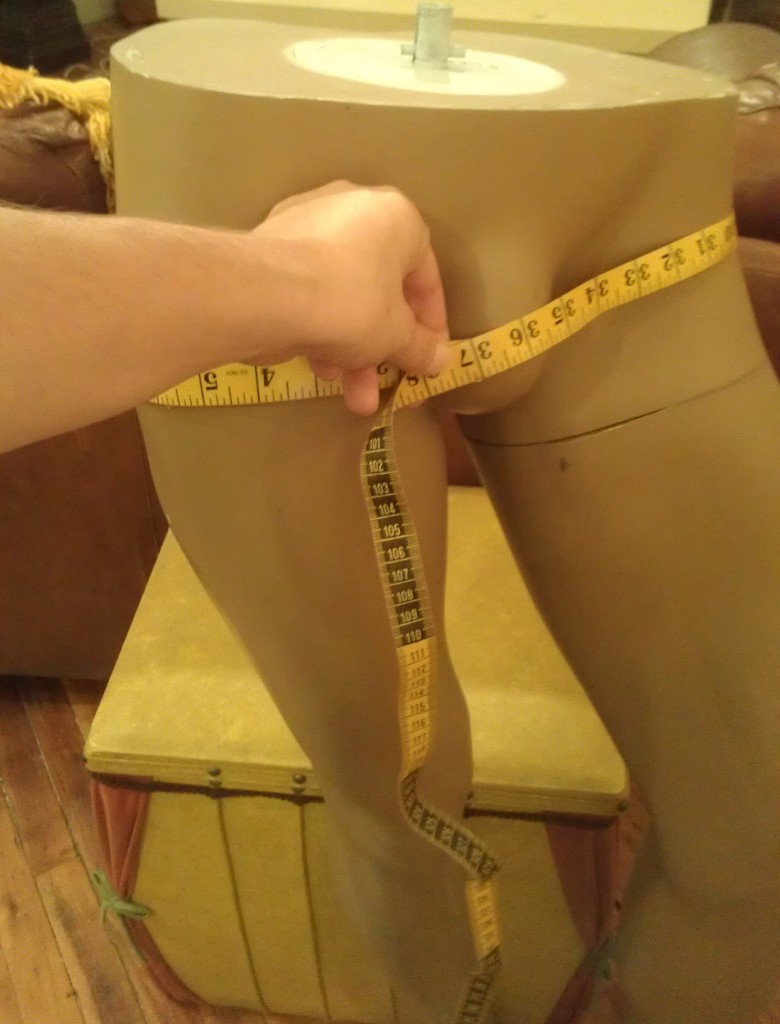 This was partly inspired by accidentally getting caught in Regretsy’s “self gratification” category and by trying to get myself worked up to make some Egyptian-style terrycloth men’s skirts for a Lady Gaga impersonator’s entourage after a 14-hour day of Tyler Rose Festival sewing and Cartier velcro strip edging. Yes, I just typed that.

The Project: make this 3D: 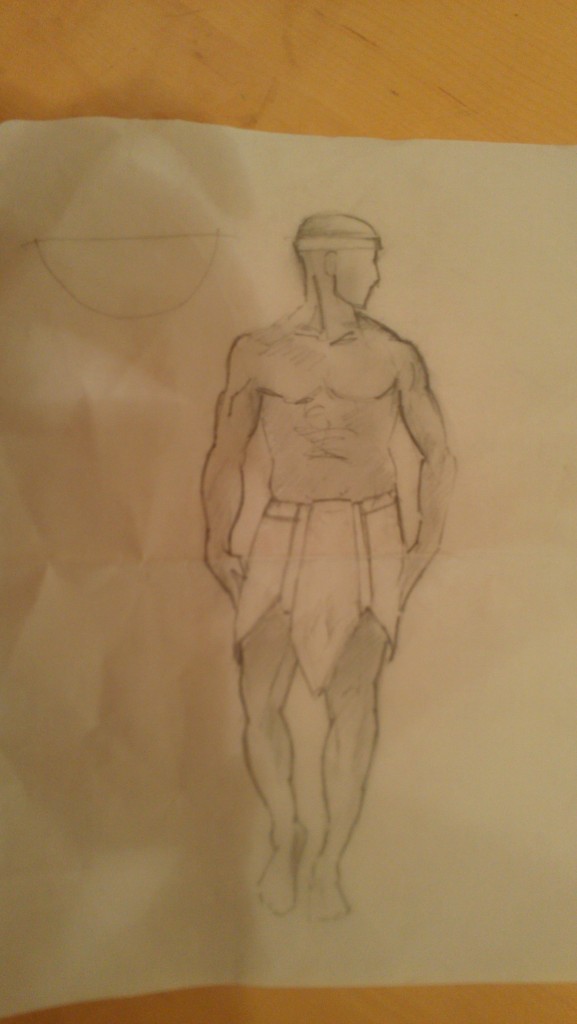 I started out on the periphery of this project–Lady Gaga was to be carried in to her performance while riding in a bathtub that was hoisted by an entourage of men. The towel accessories were too wide and I cut them narrower and finished off the new edges. This was terribly exciting, and I couldn’t wait to tell my Lady Gaga fan friend. Then I heard that it was to be a Lady Gaga impersonator, which was somewhat less exciting.

Now the entourage needs outfits. Aside from the fact that terrycloth-by-the-yard is fabulously expensive (it would probably be cheaper to buy the towels you need, burn them, then buy the towels you need again than to make your own), it’s also a lot thicker and denser than would look good as a men’s skirt, so I got a set of white towels to cut up.

I’ve decided to put off finishing the project for the night until I get some more feedback on the current stage in the process, since I can’t un-cut a towel: