A couple years ago, my trusty Grauwyler ran off and was missing for a week. I printed off enough small fliers to tape to the door of every single house for about a 5-block radius. I had a flier and piece of tape in hand and was just about to stick it to the door of one house when I looked over and saw him sitting on the porch staring at me like “what?”

Grauwyler used to be a cat who appeared sickly and homeless and possibly diseased, due to being a runt and having a nervous disorder, so his would-be new owners had taken him to the vet and spent a bit of money attempting to fix what a vet he hadn’t been to before didn’t realize was his genetics.

So when I dropped off a check for his doctoring, I put it in the mouth of this interpretation of Grauwyler (I created the grip using plastic canvas covered in flannel) so they wouldn’t have to be so sad to lose their new friend.

Okay, so it looks more like a hunch-backed opossum, but I think he’s recognizable.

I painted stripes on the back: 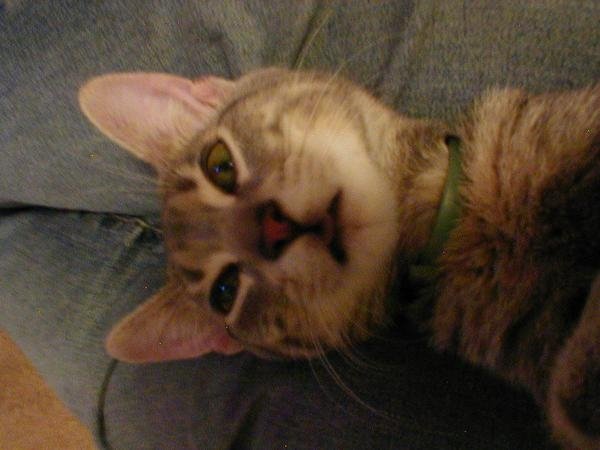