When I first got into belly dancing, and I checked out the prices of the costumes online, I decided to make my own. A roommate saw me wearing an outfit and said, “You could sell that!” We decided to sign up for a booth in the upcoming ren fair.

I had a month and a half to make enough clothes and jewelry to fill the booth. The tent was a lunch pavilion from Wal-Mart or something, and was so much smaller than the tents around it that even I walked past it while looking for it. Luckily, we wound up right next to the drum booth, so that made it easy to dance to try to attract attention.

I now know why dance costumes are so expensive when they’re freaking covered in jewels and dangly things. Now I have no idea how they can be as *cheap* as they are (the answer is slave labor wages in other countries). But I was in college, where rent can be as low as $200/month, and $90 on groceries is living large, so actually showing up to your minimum wage job can make you the wealthy one in the group. (Also, I hung out with hippies.)

Here is my very first booth, with my very first sales, with me wearing an orange panne costume I made pre-serger, and before I figured out that those crappy little leather straps you get at craft stores are not to be used as structural elements. 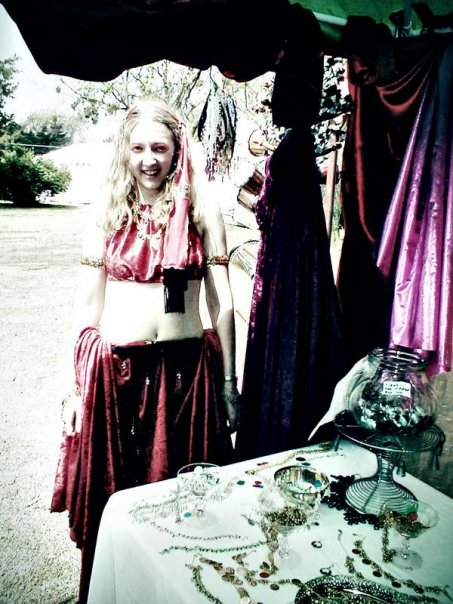 This is the first booth I had back in the 1890s, though why I sold costumes rather than time machines, I still don’t remember: 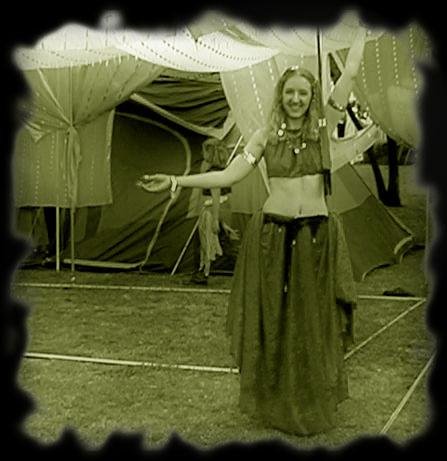 My troupe was also the main dance troupe at the fair, so we got a lot of stage time, as well as a near-monopoly on the field. The photo quality is terrible, because, kids, this came from way back in the day when a 1.4 megapixel camera was actually impressive. 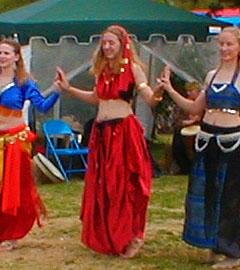 Yikes, will I ever be that thin again?

Or have the posture that only a year of pilates classes 3-4x per week can provide? 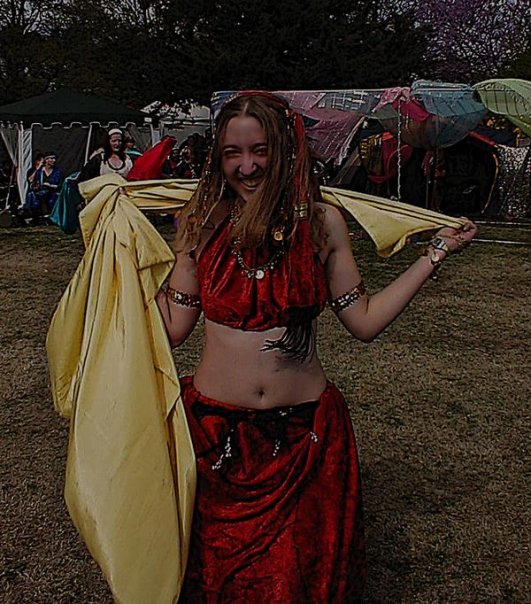